These physical documents act as proof that authenticates who we are and our authority to do what we do — we’re old enough to go to a nightclub; be identified during international travel; apply for a new job after earning a degree.

However, with increasing digitization, people are required to interact with thousands of businesses online.

Providing proof of identity in a digital setting involves a slow and difficult verification process and increases the risk associated with data breaches and fraudulent credentials.

What Is the Problem?

The current system of recreating documents electronically involves creating a digital version of the credential (like a PDF or an XML document).

The process is pretty simple and can be implemented quite easily — at least in principle.

But verifying the origin and authenticity of documents presented in these formats is complex. You have to confirm that:

In many cases, this involves manually contacting the issuing organization.

To make things worse, it has become very easy to fake or photoshop certificates and documents.

Over half of all people claiming a new PhD in the United States have a fake degree.

Also, these methods force organizations to store vast amounts of personal data from their users. And leave users without control over who has access to their personal information, where their documents are stored, and how they are being used.

This is where verifiable credentials come into the picture, along with data protection systems that help individuals create and share their identities reliably.

What Exactly Are Verifiable Credentials, and How Do They Help?

Just like physical documents, people have the ability to store their verifiable credentials within a digital wallet.

A digital wallet is a digital version of a traditional or physical wallet that people can carry around as a mobile application on their phone, computer, or even a cloud-based server.

Using verifiable credentials and digital wallets is a safe and convenient alternative to other identity management solutions in the market today.

The primary reason why verifiable credentials are becoming increasingly popular among people and businesses all over the world is that it checks a lot of boxes when it comes to user requirements and addresses several issues associated with the current identity management system.

Using Verifiable Credentials, an organization can immediately ascertain if a document is authentic and who issued it. And do so in seconds without contacting the issuer!

In addition to being inherently digital (something that has become more of a prerequisite today), verifiable credentials are a big step towards supporting data protection.

When you share a physical credential or a pdf, you may be disclosing a lot more personal information than is strictly necessary.

Verifiable credentials enable people to verify their identity and only divulge information that is relevant to the context.

Why Is a Centralized Identity Management System Problematic?

Let’s explore this topic with an example — the recent COVID19 vaccination certificate.

Verifying a paper-based or pdf-based vaccination certificate in a fast-paced environment like at a cricket match or during flight travel is often time-consuming and prone to errors.

In a digital ecosystem, these vaccination certificates are stored in a centralized database, making them quicker and more convenient when they have to be verified in such scenarios.

However, a centralized database that stores personal information about millions of people is a goldmine for hackers.

They reserve the right to decide how, when, and with whom they want to share their data.

How Do Verifiable Credentials Work?

As the name suggests, the issuer is an entity that has the authority to issue verifiable credentials. This could be your college university issuing you a diploma after you finish the course, governmental organizations issuing you a national ID, etc.

The holder is someone who owns the credential. They store and share the verifiable credential from their digital wallet.

Lastly, the verifier is the one who validates or authenticates the credential. This could be a hiring company you’ve shared your diploma with.

But how is the identity verified?

The issuer issues the verifiable credential and digitally signs it with a cryptographic key that only the issuer can use.

When the verifier receives a credential, they will verify its authenticity through a blockchain, an immutable and decentralized database.

One thing to note is that the blockchain doesn’t actually store the users' verifiable credentials. It only stores information that the verifier would need to validate the authenticity of the credential — like the issuer's public cryptographic key that matches the one that signed the credential.

Using this information, the verifier will determine:

This system is trustless. The verifier no longer has to contact the issuer to confirm the validity of the credential. And the best part is that everything happens in a matter of seconds!

Let’s understand this entire process with a simple example.

When you get your driver’s license, the DMV (the issuer) will share their public decentralized identifier (DID) — a globally unique identifier that only the DMV can use — on the blockchain along with a schema that shows what type of information is included in the verifiable credential.

In this case, the schema outline would look like — name, DL number, DOB, address, etc.

You will be able to store your driver’s license within your digital wallet and control precisely what you want the verifiers to see.

If you’re pulled over by a police officer who asks for your driver’s license, you can simply show them the digital signature of the DMV that verifies that you have the authority to drive.

You don’t have to share additional information like your name or address, a freedom you can’t enjoy with physical credentials.

Should your license expire, the DMV can either revoke the credential or include an expiration date in the verifiable credential, which will be visible to the policeman since it’s relevant to your right to drive (and that’s exactly what the policeman needs to verify).

Reasons to Use Verifiable Credentials.

You have your vaccination certificate, date of birth proof, and passport as verifiable credentials in your digital wallet. Now, if the airport authority asks you for your credentials, you can collect these digital credentials, create a verifiable presentation with attributes from all of them, and share it.

The reason for interoperability is because Verifiable Credentials are an open standard by the W3C (the same organization that defined the URL as an open standard). Any system based on the same standard will be able to verify these credentials.

Lack of privacy is one of the major challenges with the current digital identity management systems. It’s not just hackers you have to worry about; even big tech corporations can monitor your activities online.

However, this isn’t an issue when you use Verifiable Credentials. The data is encrypted and is only entirely accessible to the holder because of the public-private key encryption system.

Furthermore, Verifiable Credentials use Selective Disclosure and Zero-Knowledge Proofs. Using the first one, a user can decide only to share parts of a credential. With the second one, users can prove something about themselves without disclosing the data that supports the proof.

Governments worldwide have started to realize the importance of digital security and privacy. Many have been encouraging the use of decentralized identity technologies.

One major example is the decentralized digital identity ecosystem by Germany and Spain.

As governments progress in this direction, it’s obvious that they need a system to meet these compliance requirements.

You have your passport. All countries have agreed to a standard format to their passports.

It doesn’t matter who issues it; this credential is read and accepted internationally.

Easy to implement and use.

It’s easy for businesses to issue verifiable credentials without writing a single line of code by leveraging platforms like Dock Certs.

Verifiable credentials have a considerable potential to be an integral part of our future and are already being adopted by Govs, Universities, Healthcare, etc.

Instead, they now have the ability to own and control their digital identity with Verifiable Credentials making it a much more secure experience.

When Verifiable Credentials are paired with tech like blockchain-based decentralized identity, its momentum has been explosive.

You can sign up to Dock Certs today and leverage the benefits of verifiable credentials and decentralized identities for your business.

SummaryUsing Anonymous Credentials, you can prove you own a credential without disclosing the information held within the credential.But anonymity allows bad actors to hide, and regulators and law enforcement need a way 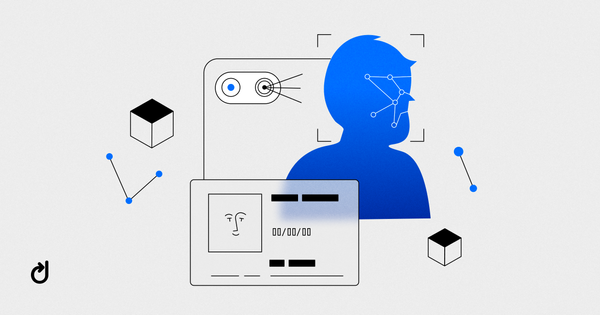 The advancement of technology in the digital space has had a significant impact on the way people interact with businesses. Several aspects of people’s everyday lives are now conducted digitally, from shopping

Dock Blog
—
The Importance of Verifiable Credentials in the Digital Identity Landscape
Share this
You've successfully subscribed to Dock Blog!