Fully Own and Control Your Web3 Identity

Our team has been working diligently to keep building robust decentralized identity solutions and we are excited to announce the launch of Dock’s Web3 ID. Web3 ID is a blockchain-based authentication and authorization system that puts user privacy first. It allows organizations to securely request private user data and the user has the option to give permission to reveal the information or confirm it without revealing the data at all. Web3 ID enables people to fully own and control their digital identity.

Centralized digital identity management systems are broken. Organizations storing all their users' data on centralized servers are putting it at greater risk by creating a "honey pot" where a hacker can breach and access all that information at once. These systems use centralized identifiers, like email addresses and phone numbers, that can be used to track users online, correlate their data (data can be traced back to someone's identity), and share that information with third parties without people's knowledge. Cybercrimes cost victims $318 billion annually and the average person manages between 70 to 80 passwords, which creates a bad and unsecure user experience. Web3 ID solves many of these problems.

“Web3 ID is essential in fulfilling the vision of Self-Sovereign Identity that gives people full control and ownership over their digital identity. We’ve developed game-changing technology that enhances security, efficiency, and privacy for individuals, developers, and organizations.”–Nick Lambert, CEO at Dock

Before we dive into the details of Web3 ID, it’s important to understand what Web3 is.

The term “Web3” (often called Web 3.0) was coined by Gavin Wood, a computer scientist who is the co-founder of Ethereum, Polkadot, and Kusama. Web3 is the next evolution of a decentralized internet where platforms and apps will be built on blockchain and provide increased data security, scalability, and privacy for people. A key part of Web3 is that users should own and control their online identity and reveal parts of their identity only when they choose to do so.

The Evolution of the Internet

Key Differences Between Each Phase of the Internet

The data that forms a digital identity includes:

In Web2, people authenticating their identity have to manage an endless number of emails, passwords, and other login information, all of which are centralized digital identifiers, while data is being spread more on the internet. And when people log in with Google or Facebook that don’t require someone to create a new account, they are still sacrificing their privacy. But with Web3 ID, people can create their own Decentralized Identifiers to securely prove their identities and credentials to sign in to apps and websites without compromising their privacy.

The Role of Decentralized Identifiers (DIDs) in Web3 Identity Management

With Web3 authentication, a Decentralized Identifier is used. A DID is a globally unique identifier made up of a string of letters and numbers that is stored and managed in a digital wallet.

Here is an example of different DIDs on a Dock Wallet:

Someone can have as many DIDs as they want which prevents correlation and tracking. Correlation and tracking are when companies like Google and Facebook track data back to a user because the same centralized identifier is used to sign in to multiple websites and apps. To enhance data security, someone can create a DID for professional purposes where they give permission to share their educational credentials while applying for a job and use another DID that’s only used to access online gaming websites.

The Role of Verifiable Credentials (VCs) in Web3 Identity Management

Dock has been a pioneer in the revolutionary Web3 space since 2017 and our team has some of the brightest minds in the blockchain industry. Our mission is to solve universal problems with data solutions and we have been building cutting-edge Decentralized Identity and Verifiable Credentials technology that will act as a gateway to Web3 in the future.

We work with organizations to adapt and innovate the Web3 ecosystem by helping them make documents, certificates, and credentials become digital, tamper-proof, and instantly verifiable.

Private user data should never be on a public blockchain. In Web3 authentication, Zero-Knowledge Proofs are a cryptographic method where no passwords or identity data are exchanged. ZKPs basically allow you to prove information or identity without revealing the actual data itself, which greatly enhances online privacy and security.

Examples of how ZKPs are used:

Dock has launched Web3 ID, a blockchain-based authentication and authorization system that puts user privacy first. Web3 ID is a collection of Decentralized Identifiers (DIDs) and Verifiable Credentials (VCs). A DID is a globally unique identifier made up of a string of letters and numbers that is stored and managed in a non-custodial digital identity wallet. Verifiable Credentials are a digital, cryptographically secured version of both paper and digital credentials that people can present to organizations that need them for verification.

Web3 is the next evolution of a decentralized internet where platforms and apps will be built on blockchain and provide more data security, scalability, and privacy for people. Web3 enables people to fully control and own their digital identity. 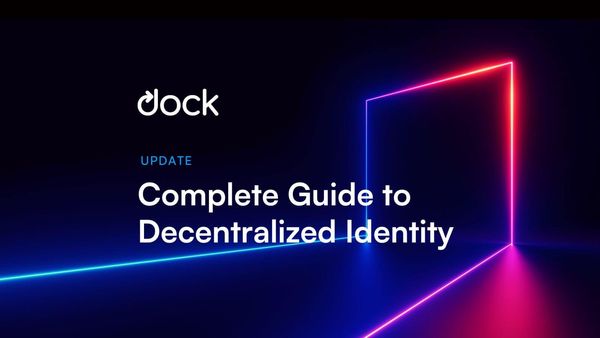 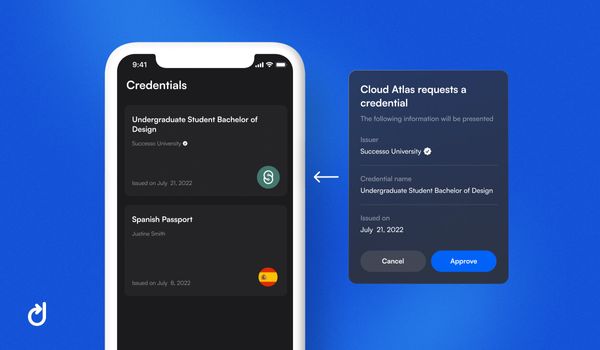