As a decentralized identity management platform that complies with internationally-recognized technology standards, we are continuously keeping up to date with key discussions and updates in the industry which is why we joined the Decentralized Identity Foundation.

What Is Decentralized Identity?

The Importance of Decentralized Identity Standards

DIF is continuously working to get global standards in place for decentralized identity technology so stakeholders can use similar standards for future interoperability. Interoperability is the ability of different systems, devices, applications, or products to connect and communicate in a coordinated way without effort from the user.

Right now, a big challenge with blockchains and Self-Sovereign Identity technology is that many systems are not interoperable. Having a standard practice of how we build decentralized solutions is extremely beneficial for individuals and organizations because it means that they don’t get locked into limited solutions. They can move in and out of platforms as they please because the technology has been built in the same way.

For example, let’s say there are two decentralized digital credential companies that both offer a platform to create DIDs and issue Verifiable Credentials. If they both follow the same DID and VC standard, a user could conveniently transfer their data from one company to another and everything would just work because both platforms are interoperable. In other words, someone could take their Verifiable Credentials from Company A’s wallet and transfer it to Company B’s wallet. A lot of work needs to be done for the industry to get to this level of interoperability, but that is what organizations like the Decentralized Identity Foundation are working towards.

To give an example, if someone built an app that integrates a decentralized identity wallet on one blockchain, they couldn’t just take that app and transfer it to another network for the app to work. The major problem is being able to look up DIDs on different platforms. For example, Dock DIDs can’t be resolved in an app that is only supporting did:sov or did:ion. To support interoperability, they would have to implement a Dock DID resolver that must be able to get the DID document from wherever it is stored, which could be on a blockchain, the DID key or some other storage. Basically, the resolver retrieves the public keys.

To give another example of the importance of interoperability, think about how Wi-Fi and bluetooth work. No matter what country you’re in and regardless of the differences in laws, culture, and government structures, Wi-Fi and bluetooth work everywhere. It’s because the technology is implemented the same way anywhere in the world.

Bluetooth works using short-range radio waves and will work anywhere you have two compatible devices. You don't need any data plan or even a cellular connection. Wi-Fi revolutionized how data is transferred as it connects devices to send data over the air.

Similarly, with decentralized identity technology, as we move towards developing global standards that more stakeholders adopt, the more benefits there will be for people and organizations. Having standards will improve the user experience as people can securely take their digital identity and Verifiable Credentials anywhere with their phone with a digital identity wallet. Interoperability will allow people to move platforms conveniently as they please.

For organizations, having standards will make it easier to efficiently issue, manage, and verify credentials. Decentralized identity technology can drastically reduce costs and resources compared to traditional, manual verification, management, and issuance processes.

Dock’s decentralized digital credentials technology complies with World Wide Web Consortium’s (W3C) Verifiable Credentials Data Model 1.0, which provides a standard to express credentials on the web in a way that is cryptographically secure, privacy-respecting, and machine-verifiable. W3C is an international community where member organizations, full-time staff, and the public work to set international standards for the World Wide Web. The organization also created standards for Decentralized Identifiers, URL, and others.

The Decentralized Identity Foundation was founded in 2018 to support the emergence of an ecosystem of technologies around Decentralized Identifiers (DIDs). DIDs are globally unique identifiers made up of a string of letters and numbers that enable a universally accepted standard for exchanging and verifying digital credentials. Unlike user names, passwords, emails, and other centralized identifiers that people use to sign into websites and apps, DIDs allow people to authenticate their identity securely while fully owning and controlling their digital identity.

Here is an example of a Dock DID:

An individual or organization can make as many DIDs as they want for different relationships. DIDs are like different personas that people can create. For example, someone may want to use a DID just for online shopping and use another DID for professional purposes like showing their educational credentials like their degree or program certificates.

How the Decentralized Identity Foundation Works

DIF is committed to working across the ecosystem with organizations while trying to get companies to work together to develop open source and standards to shape the future of decentralized identity. There are a variety of working groups focused on specific projects such as security or DIDComm, a cross-community effort to standardize common DID-anchored capabilities.

The main terminology used to organize DIF are working groups, special interest groups, and open groups. Many groups can be working on a few projects at the same time such as advancing specifications and code. An organization has to be a member of the group in order to contribute to the work item. Members often contribute to DIF groups that relate to research and projects that they are working on as an organization.

As an Associate Member of the Decentralized Identity Foundation, Dock will continuously be engaged with key developments in the decentralized identity space. The organization has a variety of working groups to solve diverse problems.

DIF is continuously working to get global standards in place for decentralized identity technology so stakeholders can use similar standards for future interoperability. Interoperability between decentralized identity platforms is very important as it will allow people to conveniently move their digital identity and Verifiable Credentials between platforms and enable companies to grow their network usage if developers have the option to move their applications from one platform to another. 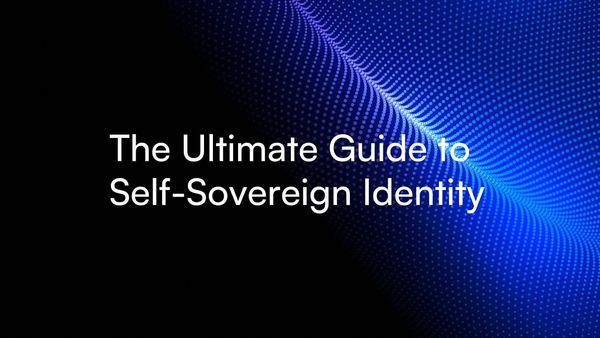 Dock [https://www.dock.io/] has been a pioneer in the revolutionary Web3 space. Since 2017, our expert team has been building cutting-edge Verifiable Credentials and Self-Sovereign Identity technology. We created this complete 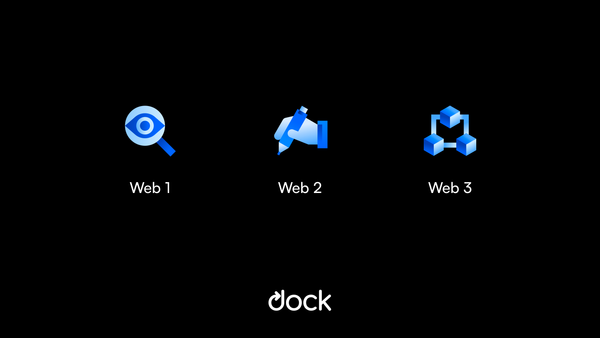 From the invention of the Web in 1989 by Tim Berners-Lee and his colleagues at CERN to the decentralized Web3 ecosystems of today, learn about the entire history and the forthcoming future of the Web.