As Dock speeds towards our goal of enabling decentralized and verifiable claims, we are excited to announce that we have completed another milestone on our recently released roadmap. For the last 4 weeks, the development team has been working on developing and integrating schemas into Dock’s SDK.

Schemas are used to describe the structure of credentials, specifically the credential subject, and are a useful way of enforcing a specific structure on a collection of data like a verifiable credential. This helps the issuer, holder and verifier to unambiguously determine the claims contained within the credential.

The verifier can check whether the given credential is compatible with the schema referenced in the credential or with any other schema. And while it is the issuer that decides upon the schema, they are not the only stakeholder that can create them. In fact, schemas are intended to be repurposed by issuers, for example when a government body creates a schema for a national qualification that is referenced by the universities within their own transcript credentials.

The schema feature builds upon the functionality of Dock’s Northill test net release that enables the creation of decentralized identities and the issuance, presentation and revocation of verifiable claims.

For developers looking to start to use schemas we’ve created the following tutorial and a conceptual document for a quick overview of schemas in Dock. All code is open-source and available on Dock’s GitHub and we also provide support via Riot and GitHub issues in the SDK or the Node.

We hope you enjoy using this feature and are continuing to stay safe out there!

Stay up to date:

A key feature of the Dock Network is ensuring that as much as possible, the network and its components are interoperable with other compliant systems. We believe interoperability is a way for us 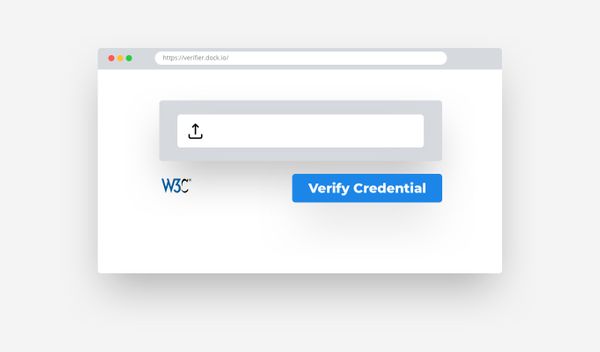 As Dock continues with its mission to replace the centralized platforms that keep control and silo the credential data of institutions and users, we remain laser focussed in utilizing existing and open standards.