Today we’re pleased to share that the security audit of Dock’s mainnet is now complete and we’ve published the full report. The audit was conducted by Quantstamp, market leaders in blockchain security solutions and they have audited many industry-leading platforms such as Ethereum, Binance, Chainlink and MakerDao. The report contains the results of Quantstamp’s assessment of Dock's Substrate-based blockchain and the corresponding SDK (software development kit). We are happy to announce that there were no high-severity issues found in either of the codebases.

The audit report is the result of 5 weeks of collaboration between Dock and Quantstamp and was a vital step in advance of Dock’s upcoming token migration, which is due to take place later this year. Addressing the audit’s findings not only gives the Dock team confidence that the Dock mainnet is ready for the token migration, but it also confirms to users of Dock that all steps have been taken to ensure the security and stability of the Network. This is an important point as the team commences business development efforts in earnest, and is in discussions with a number of companies about adopting Dock and building its many benefits into their offerings.

The Quantstamp team used several methods to assess the code, including; architecture review, unit testing, functional testing, computer-aided verification and manual review. The report found 15 potential issues of “various levels of severity: four medium, nine low, and two informational severity.” All issues have been addressed and Dock’s responses can be found under the Update sub-heading of each issue within the Findings section. 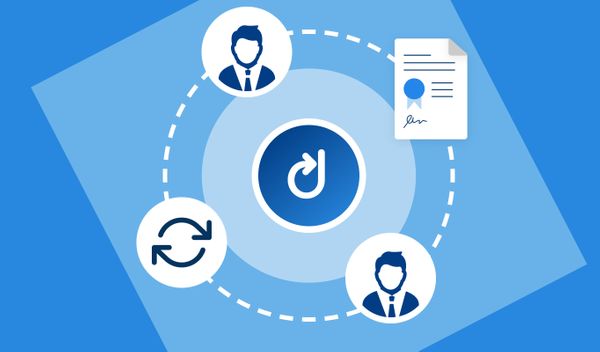 Further to the successful release of Dock’s mainnet on the 30th of September and the security audit that came before, the team at Dock now turn our attention to our token migration