Dock provides a standards-based solution for issuing digital credentials using blockchain, making them cryptographically secured, tamper-proof, and instantly verifiable. When researching and architecting Dock’s technology, our team underwent a number of iterations to determine the best solution given the needs of credential issuers across various industries and platforms.

We initially designed a solution using Ethereum that would incorporate Blockcerts, an open standard for issuing blockchain credentials. We were excited about the potential of Blockcerts, but after undergoing R&D, speaking with issuers, and internally developing contributions to Blockcerts’ github, we quickly realized its functionality was lacking and relied too much on centralized solutions. Furthermore, building on Ethereum meant that Dock users would be at the mercy of unpredictable gas fees and congestion that have been plaguing the Ethereum network.

As a result, Dock has developed our own solution using a standalone blockchain and incorporating industry-leading W3C standards, which solves the limitations of Blockcerts as well as adds many valuable features for credential issuing, management and verification. Below is a chart comparing Dock to Blockcerts:

Connecting an issuer’s real-word identity to a digital credential is essential for authenticating and verifying a credential. For example, this means proving that a license was issued by a state government or a diploma was issued by a university. Dock enables issuers to create Decentralized Identities (DIDs) that prove an issuer’s identity and are embedded into all credentials issued by that entity. Unlike with Blockcerts, Dock facilitates DIDs to be stored on-chain so verifiers can confirm exactly who issued the credential and, because the blockchain is immutable, the DID will continue to exist and provide authenticity behind credentials even if the issuing entity no longer exists. Blockcerts does not have the ability to issue DIDs on-chain and as a result credentials issued via Blockcerts need to point to a url on a website in order to prove the identity of the issuer. This is problematic because if the issuer ever changes that website URL or is no longer in operation, then the certificate would fail verification.

Dock is also unique in that it integrates schemas into its SDK. Schemas describe the structure of a credential and define specific structures of data and are referenced as part of a credential. This helps issuers, holders, and verifiers to coordinate how data is contained in a credential and unambiguously determines the claims within a credential. Dock uses the JSON schema standard which specifies the fields within the credential, such as the type of claim or if a field is a number, date or text, and also restricts invalid data from being used in a field. Schemas are stored on the Dock blockchain, which makes them immutable, and can be used across organizations to enable cooperation and standardization within industries.

Another major benefit of Dock is that it is run on its own standalone blockchain, which has been built using Substrate as part of the Polkadot ecosystem. This enables Dock to have much better control of fees to keep transaction costs very minimal and ensure cost is not a barrier for issuers or application developers building on Dock. It is completely free to issue credentials with Dock, and the cost for types of transactions such as creating decentralized identities, schemas, or revoking, is very small. On the other hand, Ethereum requires significant fees to be paid for every transaction which are expensive and very unpredictable. Also, since there is so much activity on Ethereum, especially with DeFi (decentralized finance) projects, and since it currently only supports 12 transactions per second, the network can become heavily congested which makes it difficult to process transactions and stall activity for an issuer. This is not the case for Dock as there are no competing protocols and the Dock network can process over 200 transactions per second.

Credentials may need to be revoked for a number of reasons such as reaching an expiration date, a license being removed, someone no longer serving in a position of authority or within an organization, or even if the credential was issued by mistake. The ability to revoke credentials is crucial to ensure adoption of digital credentials and although both Dock and Blockcerts support revocation, Dock provides significantly more capabilities and security. Blockcerts requires issuers to host a revocation list on their own server, creating a centralized point of failure if that server should be removed or tampered with. This also creates more complexity for the issuer. In contrast, Dock provides an on-chain revocation registry that is cryptographically secured on Dock’s decentralized blockchain. This removes the dependency on issuers to host a registry, which can be both a security vulnerability and technically cumbersome. Additionally, Dock enables issuers to create revocation policies to authorize certain individuals or entities to revoke credentials on their behalf. This is very useful in a number of scenarios, including an organization authorizing employees or businesses authorizing third-party vendors to revoke their credentials.

As a whole, Dock provides a much more complete solution than Blockcerts, prioritizing features that are important for adoption across various use cases by developers, issuers and credential recipients. The Dock team continues to release updates at a rapid pace and work with issuers to ensure we meet their needs and simplify integration, as well as provide documentation, tutorials and demo applications. Dock has also prioritized security by decentralizing its technology and infrastructure are decentralized and, unlike Blockcerts, do not rely on any centralized server. To ensure accuracy, Dock has also undergone a thorough audit which is publicly available. 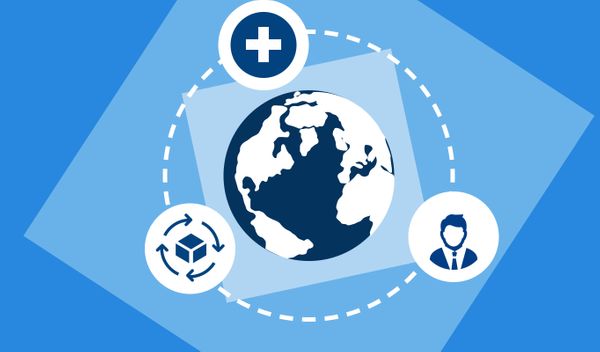 Today we’re pleased to share that the security audit of Dock’s mainnet is now complete and we’ve published the full report. The audit was conducted by Quantstamp, market leaders in 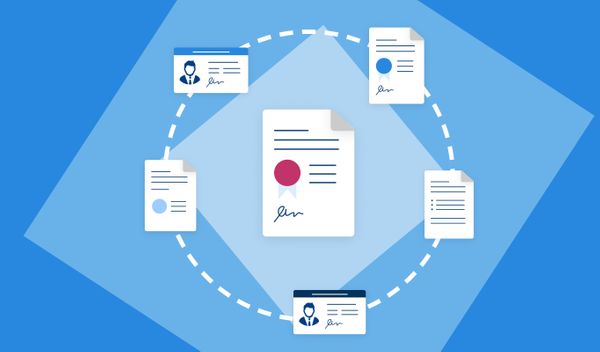 We have completed yet another milestone in our roadmap today by releasing the claim deduction feature. This functionality allows inference of new claims from a set of verifiable credentials, making it possible to