Dock is a bespoke blockchain designed and built to be used for Decentralized Identifiers (DIDs) and Verifiable Credentials. One of the many important use cases where Dock’s technology can be used is alongside NFTs to reduce fraud and preserve the privacy of NFT owners. To help illustrate how this could work, we are sharing a specific use case with world-renowned vintage watch dealer, Fog City Vintage.

Before we dive into the use case, it’s important to understand the differences between NFTs and Verifiable Credentials, and how they can work together.

Non-Fungible Tokens (NFTs) are blockchain-based tokens that contain digitally unique data and identifiers. They are designed to be transferable and can contain digital artwork, collectibles, or representation of real-world assets. Most NFTs today exist on the Ethereum blockchain and so their ownership is tied to a public Ethereum address. Dock has integrated with Ethereum to enable NFTs to be created directly on the Dock blockchain.

How can NFTs & Verifiable Credentials work together?

Although they are fundamentally different, there are some very interesting use cases for Verifiable Credentials to be used alongside NFTs. Verifiable Credentials can provide a privacy preserving yet cryptographically provable identity linked to an NFT, and therefore provide tamper-proof information about the identity of an NFT owner, creator, or buyer.

Fraud is rampant both within and outside of the blockchain space, and NFTs are no exception with scammers setting up fake accounts and selling fake NFTs. A Verifiable Credential can be used to verify the identity of all parties involved in creating, buying, and selling NFTs, to ensure the reputation and authenticity of everyone involved without divulging private information. For example, an NFT creator could share a Verifiable Credential that demonstrates a history of creating legitimate NFTs, or a seller can have a Verifiable Credential that shows a reputation score based on their previous NFT sales. Verifiable credentials issued via Dock use Zero-Knowledge Proofs to ensure data privacy, so the parties involved in the NFT transaction can prove their legitimacy without actually revealing their real-world identities or private information.

Fog City Vintage is a world-renowned vintage watch dealer who is using NFTs to address specific problems that exist in the $20 billion vintage watch industry. Vintage watches are inherently unique, highly tradeable, and very expensive, but the market for these watches is highly susceptible to fraud and there are no quality standards. Most trades are based on loose connections and it’s not uncommon for sellers to be defrauded out of  tens of thousands, sometimes hundreds of thousands, of dollars. Tim Bender, CEO of Fog City Vintage, estimates that well over $1 billion is lost annually by buyers of fraudulent vintage watches.

Fog City Vintage is planning to use NFTs to represent the authenticity of the watch in order to prevent fraud and enhance the tradability of the watches. Fog City will be issuing NFTs that represent the vintage watches and provide an expert evaluation of the condition of the watches based on a new standard they are developing. By issuing NFTs, which can be done on the Dock blockchain, Fog City can provide watch buyers with the assurance that they are purchasing legitimate watches from reputable buyers.

Dock’s technology can be used to enhance Fog City’s watch marketplace in several ways. Verifiable Credentials can be issued to marketplace buyers and sellers that reflect their purchase history to eliminate fraudsters and ensure only legitimate parties are involved in the transactions. In addition, Fog City, as well as other vintage watch dealers, can have a Verifiable Credential that proves their own identity as reputable experts who are qualified to evaluate the condition of the watches. The watch dealers would issue certificates of authenticity for the watches based on their evaluations to ensure only genuine watches are being traded and therefore provide further trust and transparency in the marketplace. 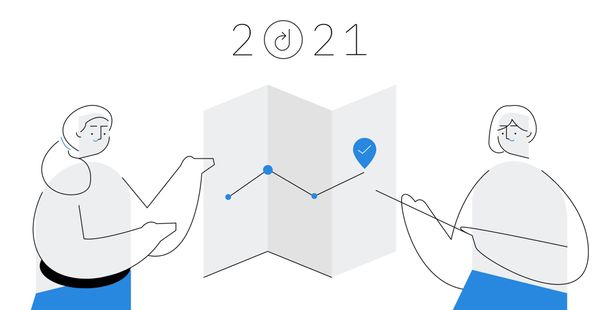 As we near the end of another year it seems like a great point to reflect on what has come to pass. In today’s fast-paced world, the emphasis tends to be focusing