In some cases, even the above two properties might not be sufficient, for example when the holder wants to reveal part of the data -

"The holder can also reveal one or more attributes as part of the zero-knowledge proof from this anonymous credential, thus achieving selective disclosure."

“One or more zero-knowledge proofs created from the same anonymous credential cannot be linked together thus giving us unlinkability. "

To achieve both of these properties, we use a signature scheme called BBS+. A useful property of BBS+ (and similar) signatures is that when using several BBS+ signatures, attributes common to the signatures can be proven equal without revealing them. For example, if you have a driving license credential and passport, both with a BBS+ signature, you can prove that your SSN attribute is the same in both your driving license and passport without revealing your SSN. This property allows linking many credentials together and is helpful in cases when you need to prove that all credentials are about the same subject (or subject id).

Because credentials are essentially attestations made by an authority, i.e. the issuer, meaning they act as evidence or proof of something, it should be possible for the authority to permanently or temporarily renounce the attestations. These revoked credentials signal that the credential should not be accepted by any verifier. This kind of signaling requires the verifier to check the unique ID against a public list of all revoked credentials. However, revealing such a unique ID goes against our unlinkability requirement, as the unique ID of the credential ties all zero-knowledge proofs created from that credential. Therefore, we need a system in which the holder can prove that the membership of their credential ID is in a list in-zero knowledge:

Some other common requirements with anonymous credentials is being able to prove conditions or predicates about the attributes like proving total income from a bank statement credential is less than the limit. Here the total income might not be a single attribute but composed of several attributes with one attribute per income source. Therefore, the attributes need to be added together before comparing to the limit amount, some cases may need more complex operations on one or more attributes.

These capabilities are not possible with BBS+ alone, and we therefore use zk-SNARK which can be used to prove arbitrary conditions on the attributes. The zk-SNARK we use is the same as used in Zcash but adapted to be linked with the BBS+ signature.

Anonymous credentials offer great privacy but too much privacy can sometimes be crippling for regulators or law enforcement. Consider an exchange as a verifier that allows customers to make transactions after they prove possession of a government ID, but does not ask for any other information. At any point, a regulator or law enforcement may want to know details of who made certain transactions, but the only information the verifier has and is able to provide, is that someone made the transactions with a government ID.

This isn’t sufficient for the regulator or law enforcement, traceability is needed here. However, not everyone in this chain needs traceability, certain authorities are the ones in need of it. We solve this problem by a technique called verifiable encryption.

Using the example above, a customer who possesses a government ID should be required to encrypt their SSN for the regulator without revealing the SSN itself. Authorities can decrypt the SSN and track who the government ID belongs to, while the customer is assured the exchange is not able to track them, only the authorities who need to trace them. Note that verifiable encryption is not mandatory with Dock credentials, it’s opt-in.

Since a large part of this code needs to run in a Javascript environment like a browser or a react native app, we built a WASM wrapper over the Rust code. The wrapper is quite thin and mostly does deserialization/serialization logic. It intentionally lacks abstractions like classes and is just some modules with free-floating functions. Finally, there is a Typescript library that uses the WASM wrapper and provides various abstractions like creating signatures, proofs, accumulators.

As verification of proofs and accumulator membership/non-membership requires publicly available authenticated storage, we deployed the ability to post BBS+ and accumulator public keys on our chain and also to create, update and remove accumulators. The changes have been live on the mainnet for some time and corresponding modules and tests are added in SDK for BBS+, accumulators, and composite proof by fetching objects from the chain.

For a more detailed explanation of the primitives, see the explainer in the GitHub repo. The usage with examples is described here. It is broken down into the following sections:

The composite proof subsection shows several examples like selective disclosure, creating proofs over multiple BBS+ signatures, BBS+ signature with accumulator membership, getting blind BBS+ signature, meaning even the issuer is not aware of certain attributes, and opt-in linkability where the holder chooses to be linkable across several proofs of his credential, but only at a certain verifier.

We are exploring options for predicates like range proofs, verifiable encryption, and support for arbitrary computation on credential data in general, but we have PoCs for showing that they work with BBS+ signatures.

This PoC shows the usage of BBS+ and LegoGroth16, which is an adaptation of Groth16, the zk-SNARK used in Zcash. The PoC shows how to:

This PoC shows verifiable encryption based on SAVER. We show in this test, that a user can verifiably encrypt any of his attributes for a third party, and convince the third party that the encryption has been correctly done.

Supporting developments that further the growth and adoption of the Dock network, developers are encouraged to apply for Dock’s grant program [https://grants.dock.io/]. Choose a task, submit an application to 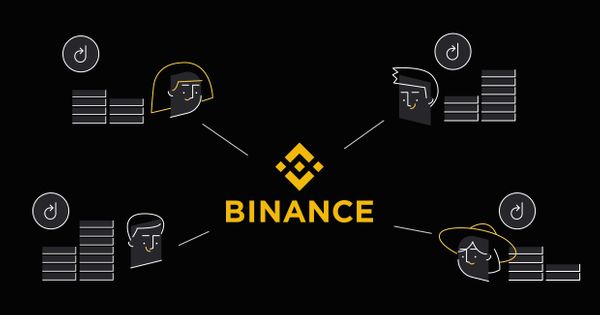