Our latest feature, private delegation, allows credential issuers to delegate to other entities the ability to issue verifiable credentials.

We are excited to be making Dock’s credentials delegatable, as we expect this feature to serve many use cases across different industries. For example, a government may want to allow private test centers to manage issuance of certain licenses on its behalf. Or a professional organization may delegate the credentialing authority to online learning platforms, so that the members who complete courses on the platforms can receive verifiable credentials that are officially recognized by the organization.

This release leverages Dock’s claim deduction feature from Q4 2020, which is showcased in our biometrics demo.

Further technical description of the private delegation feature can be found in our concept document and tutorial. And our open-source code can, as always, be found on Dock’s GitHub.

Limitations and Next Steps

In the upcoming months, we will release further features to support more nuanced delegation, as well as public attestation for delegations. We will continue to work diligently on delivering these updates, and keep the community posted as always. Stay tuned! 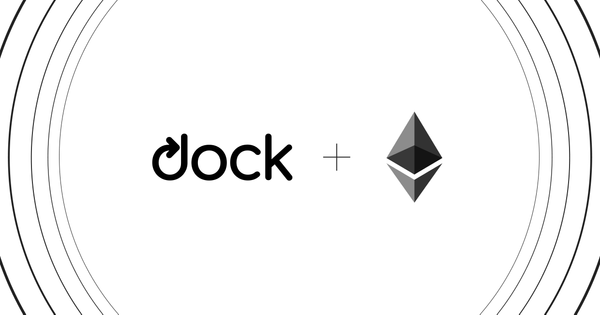 We’re excited to announce our newest feature, which allows users to deploy existing Ethereum Virtual Machine (EVM) smart contracts on the Dock network. The team has integrated the Dock mainnet with Parity’

Dock has decided to extend the token migration until midnight (GMT) on the 31st of March 2021. We are extending the migration window by around 3 weeks to ensure those who haven’t