As usual, the team has been hard at work ramping velocity and moving the needle on multiple projects. The past two weeks consisted of work on two larger projects, the Gateway and OAuth projects, as well as additional web designs and App optimizations.

Stage 3 of the Gateway project has been completed (view dev 1 for a refresh). All that is left is deploying, testing, and coupling it with the oAuth project. Gateway Stage 3 consisted of:

With stage 1 complete, Remote.com will be the first partner app to use the Dock OAuth and the goal is to have it live in our next dev cycle, Development Update 4.

A big part of building the dock.io network is growing our partner network. We have amazing traction with partners, which we highlighted in our post earlier this week.

Todd and team pushed an awesome new web page to promote our developer program and help capture new partner interest. This is one step in a larger effort to build our developer portal.

We provided a fix for an issue in Safari when importing your LinkedIn data. Safari has a setting to auto unzip files, which caused an issue when importing. Below is the screenshot the the work around we provided.

You can now filter your network by source to know where and how you are connected to someone online.

We updated rewards for the Earn program from dollar amounts to number of tokens. It made more sense to use a set amount of tokens per referral vs a dollar amount which could fluctuate day to day.

You should be able to log in to Remote.com with your dock.io account in the coming sprint cycle. This will be a big deployment that will set the stage for other partners to join the network and help us scale! 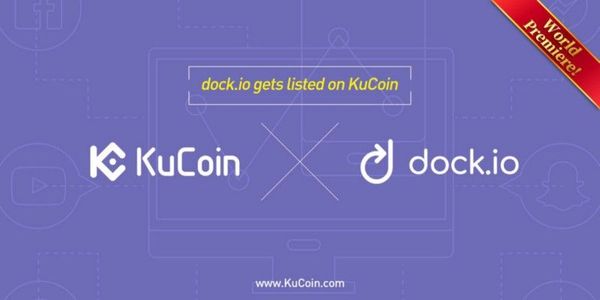 DOCK tokens are now listed and trading on KuCoin!! Now dock.io network participants can buy and sell DOCK tokens. For anyone new to KuCoin, here's a quick guide we found online which explains how to trade on KuCoin (kucoin.com). BTC and ETH pairs are supported. We're thrilled to bring DOCK tokens to

I’m excited to share progress on the dock.io network as well as other updates to provide insight on how well things are going. First, I wanted to address some feedback about my participation in the community. As you’ll see from this article, things have been progressing very quickly. Among many